Home Others Reviewing The Best Streaming Device: Which Is The Best?

Are you looking for the best streaming device? We have three brands that are currently doing very well in the market. Read below and see our comparison of the Roku, Apple TV and the Chromecast: 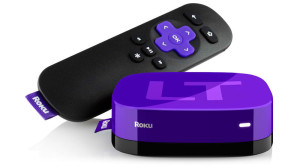 Any Roku device is a safe bet if you’re confused with which media streaming set top box to buy. Obviously, you would do well choosing the high-end Roku 3. It’s a bit on the expensive side at $95 (or $100 with some retailers), but think of the many the benefits it gives. Roku offers a wide array of content and streams it in full HD at 1080p. You can expect all the major channels like Hulu, Netflix, Amazon, Pandora, YouTube and HBO Go in the Roku.

Another great feature is its super fast speed. The Roku 3’s processor came out on top in the head-to-head with the other media boxes. To go with the lightning fast speeds, Roku also has a very intelligent user interface. And you can use your iOS and Android device as your input mechanism (read: remote control), so expect to be able to play games on it.

If you find the price for the Roku 3 hefty, you can get its lesser cousin—the Roku LT. This streaming box is a simplified version of the Roku 3. It’s cheaper at only $35, but it streams HD content at only 720p. If you can live with the lesser quality resolution then the LT is an economical choice.

There’s also the $65 Roku 1 that streams at the full 1080p rate, but absent from this box is the remote control. With the Roku 2 ($80), you get the smart remote but not the speed of the Roku 3. Still it’s good enough for you to receive HD videos at a faster rate. By the way, the Roku 1 and the Roku 2 do not have USB or SD Card capabilities. This means both the Roku 1 and Roku can’t play your personal media files.

Not Far Behind: Apple TV 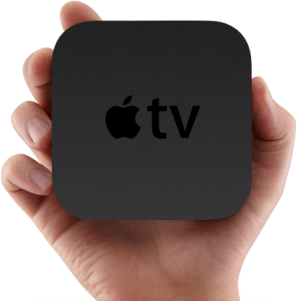 The war of media streaming boxes heats up with Apple’s Apple TV. This media set top box streams high quality HD content for the price of $95 (same as the Roku 3). The performance and features of Apple TV, along with the price, is comparable to Roku. But there are drawbacks with this box: it lacks some of the most popular channels. Apple TV does not support Amazon (especially the Amazon Cloud Player), Pandora and Spotify. Not to worry, it more than makes up for it by being able to play iTunes.

This device is great for Apple fans. If you already own a MacBook, iPhone or an iPad (or all three) then the Apple TV media box should be your obvious choice. The benefit of it being able to play iTunes is a strong consideration on why it’s preferable over the Roku. And if you own a MacBook or an iPad, you can access the otherwise banned channels from these devices and send it to Apple TV via the AirPlay app. 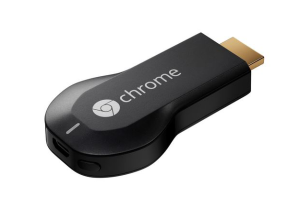 Google entered into the streaming fray with their very own offering—the Chromecast. This device is as cheap as the Roku LT (only $35), but the similarities end there. With the Chromecast, content is behind by 4-weeks. That means you have to wait a month before you can watch the latest sitcoms otherwise already available in the other boxes. The main feature of Chromecast, however, is its ability to transfer your contents from Google Chrome to your computer. It’s also quite small and fits snugly behind your TV (it’s a pluggable USB device). But don’t expect for things to stay the same. Knowing Google, they will surely amp up the development of the Chromecast.

If you’re an iOS user then the Apple TV is for you. There may be some channels missing, but you still get a lot of quality channels. And if you’re looking to save, buy the Roku LT. Wait for further developments from the Google Chromecast before seriously considering it.